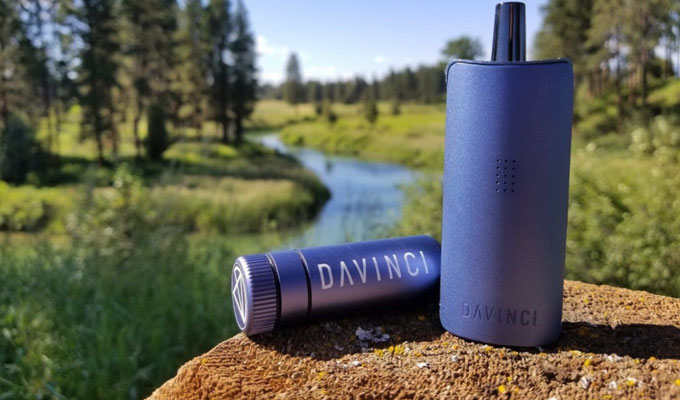 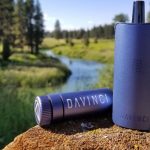 The Davini Miqro is a mini-me version of the ever-popular Davinci IQ. It claims to keep all the same great features and boast a similar performance in spite of its diminutive size.

Such are the similarities to the Micro’s bigger brother, it had us asking what sacrifices had to be made to squeeze it all into such a tiny device.

What makes the Davinci Miqro Great?

The Miqro is incredibly tiny

The MIQRO is very very small – almost unbelievably so.

It measures just under 8cm tall making it smaller than both The Crafty and the Pax 3 which are also praised for being so small.

On paper, the Miqro is slightly heavier than both but you can’t really feel the difference.

All in all, the Davinci Miqro is one of the most discreet and stealthy vaporizers you can buy.

The Davinchi Miqro is relatively easy to use and comes with two vaping modes: precision and smart-path mode. You can choose between the two by tapping the power button.

Precision mode allows you to set your own temperature whilst the smart-path modes are designed to take you on a full-spectrum vaping experience. This feature debuted with the Davinci IQ and proved to be very popular.

The smart-path feature found in the IQ allowed users to create their own bespoke vaping journeys. However, the Miqro has just 4 preset paths that are non-customizable:

To be honest, the smart-path mode is so useful, it’ll probably be the only one you’ll ever use. I think it is the future of vaping – no doubt all the major brands will be soon adding this to their flagship models.

The Miqro heats up in about 40 seconds, which is quicker than what I expected for such a tiny vaporizer. Also, because it has a conduction oven, the Miqro produces a satisfying amount of clouds; comparable to the IQ despite being 30% smaller in size.

The Miqro has replaceable batteries

Removable batteries are such a simple feature but I can not overstate how useful it is. A replaceable battery should be the standard in all devices.

When you’re out ( I took my Miqro on a camping trip) and have no access to a charger, all you need to do is carry a few spare 18350 cells and you can swap them out in seconds.

Also, the first fault to appear in a vaporizer is its battery. The fact that you can change them quite cheaply and easily is great for your peace of mind.

What I would change about the Davinci Miqro

The Miqro’s battery life is short

The short size is both a gift and a curse. To create such small vaporizer, sacrifices obviously have to be made and the engineers have decided to place the battery on the altar!

The removable battery holds just 900mAh (the IQ holds nearly three times as much) and will provide just 30 mins of oven time.

This is right on the lower end of the market. Even the £40 Black Mamba holds 1600mAH.

This is not enough to last even a day’s worth of vaping. However, as long as you have access to a mains or are able to carry around a few spares, it is not the end of the world

The Miqro can get quite warm

Another issue stemming from its small size is the heat distribution.

Because it is so small, there is nowhere for the heat generated by the oven to dissipate to. As such, during long sessions, the device can get quite warm to hold.

Also, because the device is so small, it has a rather short air path. Because of this, there is not enough time to cool the vapour down before it reaches your mouth – it can be quite harsh on the throat.

Is the Davinci Miqro the best uber portable vaporizer?

Sadly no. Unfortunately, there is nothing the Davinchi Miqro can do that both the Pax and the Crafty can’t do better and they’re both roughly the same size.

Yes, the Miqro is just as powerful but the Pax offers better flavour and more features, whilst the Crafty offers a vapour cooling unit and convection heating.

The replacement batteries are a massive win, however, they are far too small to be a practical choice for heavy users.