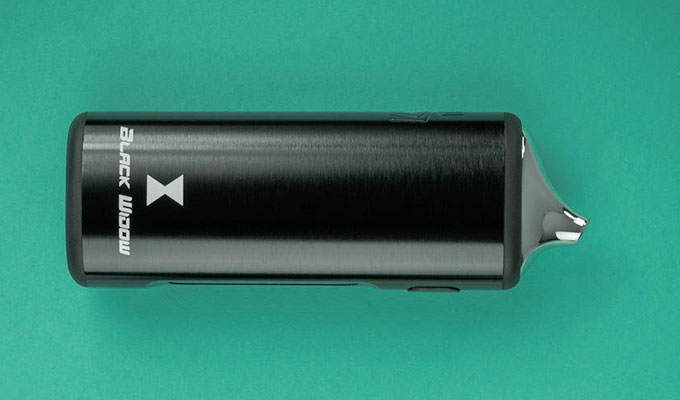 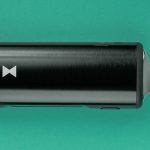 The Black Mamba has reigned supreme as the best budget vaporizer for the last few years now. However, a vaporizer with a similar price, similar name but different manufacturer has also forged itself a sizeable following amongst the budget vaping crowd.

I purchased the Black Widow from Kronic Vapes. I had never heard of these guys (or ladies?!) before but they had it on sale for a good price so I decided to give them a whirl.

What I liked about the Black Widow Vaporizer UK

The more temperature settings a cannabis vaporizer has, the more you’ll be able to personalise your vaping experience. Personally, I enjoy starting a vaping session on lower temperatures and then slowly work my way up into couch lock!

Typically, budget vaporizers tend to only have a maximum of three settings so I was pleasantly surprised that the Black Mamba had 5.

The Black Widow is fully operational with just one button which makes it really easy to cycle through the different settings.

I would rate the Black Widow’s performance on the lower settings as ‘adequate’ however, the conduction heating really kicks in on 4 and 5 will produce good levels of vapour.

The Black Widow vapes concentrates too

Most vaporizers priced under £50 vape either cannabis flowers or Liquids or concentrates. Dual use vaporizers cost substantially more.

The Black Widow has its own concentrate insert which you can pop it its oven.

Again, its performance is just satisfactory but the fact that it can vape concentrates at all is an unexpected bonus.

What I didn’t like about the Black Widow Vaporizer

The Black Widow is dangerous for your health!

The differences between a £40 and a £200 vaporizer aren’t just found in their performance but the quality of engineering and health and safety too.

Chinese health and safety are not up to the same standard as those in Europe and the US. As a result, some shops will import them into the UK and not even realise they are selling a legitimate health hazard

Unfortunatley the Black Widow falls into this category.

The Black Widow uses fibreglass to insulate the vaporizer’s electronics from the heat generated by the oven. This isn’t a problem in its self, however, the vaporizer’s air path is non-isolated which means tiny shards or fibreglass are likely to be inhaled for your lungs.

You do not want to be inhaling this. If you’re vaping for the health reasons, the Black Widow’s non-isolated air path literally obliterates any benefits.

The Black Widow has a horrible plastic mouthpiece

I hate cheap, plastic mouthpieces. The mouthpiece feels like putting a happy meal toy in your mouth. Nothing more to say!

The Black Widow is not built very well.

I hate to be so negative but it really does feel like this vaporizer has been cobbled together with no precision.

A perfect example is its USB charging port. It isn’t even aligned with the hole so you really have to fiddle around every time you charge your battery!

The Black Widow Vaporizers does not even come close to the performance of the Black Mamba. Chinese vaporizers can be hit and miss due to lower health standards and unfortunately the Black Widow falls even below this.

No reputable UK / EU or US store should have this on sale. A firm thumbs down from us.

If you want to spend under £40 on a weed vaporizer we suggest sticking with the Black Mamba. Similar features to the Black Widow but boats an isolate, food grade, glass air path.