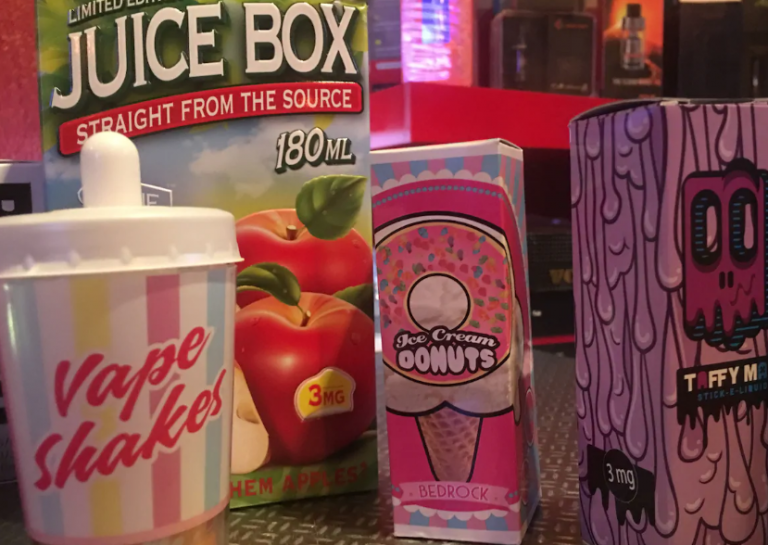 From the time the concept of vaping was conceptualized, there has been a considerable proportion of smokers gravitating towards vaping. And they need to. According to research and anecdotal evidence, vaping is a safer and more effective alternative to smoking. This is for the simple reason that during vaping, there is no combustion taking place. That means that no harmful chemicals are produced.

Therefore, a vaper is way less likely to develop the many harmful conditions associated with smoking, such as lung cancer. But as a caveat, it is important to take note of the keyphrase ’safer than smoking’’. This does not necessarily mean vaping is safe. So while experts prefer vaping to smoking and pitch it as an easier method of quitting cigarette, they also advice those who are not already vaping to not start. But if you are a seasoned vaper, insist on high-quality vaping devices and an all-natural e-juice ingredients.

Apart from it being a minimal risk behaviour, another thing you will love about vaping is that you get a wide selection of delicious e-juices. Vaping e-liquid manufacturers have continually experimented with different flavourings, and some will go to the extent of incorporating custom flavourings according to the demands of their market. Even better is the fact that these flavourings are mainly made up of food-grade additives. That definitely speaks volume about their safety when consumed.

What Experiments Have Been Held on Vape Juice Flavors?

In an experiment, researchers sampled 9 chemical flavourings in a bid to test the short-term effects these chemicals had on endothelial cells. Basically, endothelial cells are those cells lining the blood vessels as well as the inside of our heart.

The following were these nine flavors:

After a 90 minutes’ period of exposure, it was discovered that all these chemicals lead to the death of the cells, especially when they were used in higher concentration.

What Are the Limitations of This Experiment?

It is worth noting that the above experiment was simply a short-term study. The fact that the chemicals were used to test their effects on human cells in a confined environment such as a petri dish does not paint an accurate picture of how these chemicals would behave in real life. Therefore, there needs to be more subsequent research from where we can draw conclusive proof of the possible harmful effects of e-cigs on our health.

All the same, we cannot just ignore these findings. First of all, there are chances that some chemicals are more powerful than others, and that they greatly influenced the outcome of the experiment. Such chemicals, if they were to find their way into our e-cigs in whatever quantity, can never be safe. Another thing to remember is that some of the most popular e-liquid flavours such as beetle juice, lemon twist and unicorn milk were not tested in this experiment. But considering every single flavour tested demonstrated some potential harm, we cannot authoritatively state that the above three flavourings are safe.

What Is the Current Situation of Vape-juice Flavors?

One advantage with vape-juice flavours is that you can never be spoilt for choice as the current market boasts around 8,000 such flavours. Some of the most common ones include the following;

Evidently, the flavours are named depending on their active ingredients. However, it is important to remember the e-liquid manufacturing industry is not well-regulated. Therefore, there could be manufacturers that simply adopt fancy names for their e-liquids when the juice does not really contain the properties of the ingredient after which it is named.

Regulating the manufacture of e-liquids has remained a challenge between the FDA and other groups such as the American Heart-Association and the American Lung-Association. According to the FDA, the focus should be on curbing tobacco use among teens. The agency hopes that by imposing more stringent regulations barring young people from tobacco use, it will be seamlessly deterring them from vaping. One way FDA aims to implement these regulations is to ensure flavoured e-cigs are only available on age-restricted brick-and-mortar retailers.

This is ostensibly in a bid to rein in on unscrupulous online dealers on e-vaping juices. If you must sell or supply flavoured e-cigs online, you may be required to heighten your age verification processes to ensure you are not selling your products to a minor.

Though these are steps in the right direction, they only help protect minors. Adult vapers are therefore not necessarily cushioned from the possible harmful effects of e-juice flavourings.

Vaping may have been touted as a safer alternative to cigarette smoking. However, there are ever growing concerns on the safety of e-juice flavorings. If you haven’t vaped before, just don’t start. And if you are a vaper and find it hard to stop, insist on FDA-approved e-liquid flavorings.