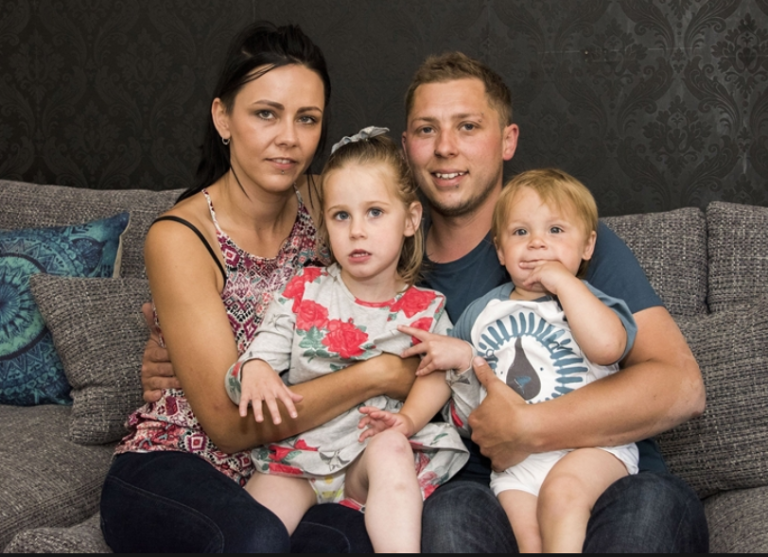 For the last 12 months, Anthony Clarry has been smuggling cannabis into the UK. However, Anthony Clarry is not a drug dealer, nor does he relish the idea of being a criminal. Anthony is forced to smuggle cannabis-based medicines into the UK to help his five-year-old daughter Indie-Rose who suffers from a severe form of epilepsy.

Every time Anthony makes the trip for the Netherlands he runs the risk of being stopped on the border by customers agents, being arrested and even a criminal record. However, what makes him more anxious is having the medicine confiscated which could put her life at risk.

Over the last year, they have spent over £25,000 on medicines and legal advice from disability attorneys but both their parents claim it is all worth it.

They both agree that cannabis has dramatically reduced the number of life-threatening seizures Indies suffers each day and is now more alert, happy and able to continue with her schooling for the first time in years.

Last November, based on advice from the Chief Medical Officer, the Home Secretary Sajid Javid legalised medical cannabis in the UK. The UK government officially recognises that cannabis has some therapeutic value a move many to believe to the first step towards full legalisation.

Patients should have access to medical cannabis for illnesses where there is currently an unmet clinical need.

However, this ‘unmet need’ is a decision made by a patient’s doctor and unfortunately, Indie’s parents have been unable to persuade their doctor to prescribe Bedrolite and Bedica – the two medicines that are improving Indie’s life. As a result, they have been di=riven to break the law and to pay for it.

According to the campaign group ‘End our Pain’, there are several other families who are in the same situation and are having to bring cannabis in the UK illegally. Only two children with severe epilepsy have been approved for cannabis medicines.

One of them is Sophia Gibson, aged seven, from Newtownards near Belfast.

She also has Dravet syndrome and used to suffer life-threatening seizures.

Her mum, Danielle Davis, told the BBC: “Barely a week went by without us having to call an ambulance for Sophia because her seizures were impossible to control.

“Sometimes the doctors had to put her into an induced coma and take over her breathing, it was terrifying.”

Danielle says the cannabis medicines have had a dramatic impact.

“Sophia has not been hospitalised as a result of a seizure since last July. We know it is not a cure because she still has seizures, but they are infrequent, last less than a minute and are much milder.

“She is also happier, more alert and her cognitive ability have improved,” her mum says.